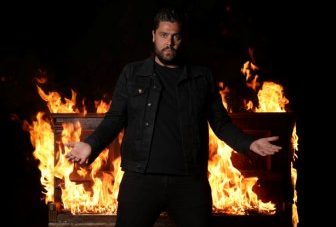 The hard working Melbourne musician will hit the road for a run of intimate theatre shows throughout regional and metro centres from March through to June. Leaving his incredible band at home, the Killer Solo Tour will see the Melbourne musician strip things back to basics – just Dan Sultan, his piano and guitar.

Each intimate and acoustic performance will see Sultan reimagining all of his most recent release, the stirring ARIA #5 debuting, critically acclaimed Killer (out now via Liberation Records), including singles ‘Hold It Together, ‘Kingdom’, ‘Magnetic’ and fan-favourites ‘Cul-de-sac’ and ‘Reaction’. In addition fans will be treated to a handful of classics from his decade-long back catalogue (expect hits from Blackbird, Dirty Ground, Get Out While You Can and Homemade Biscuits).