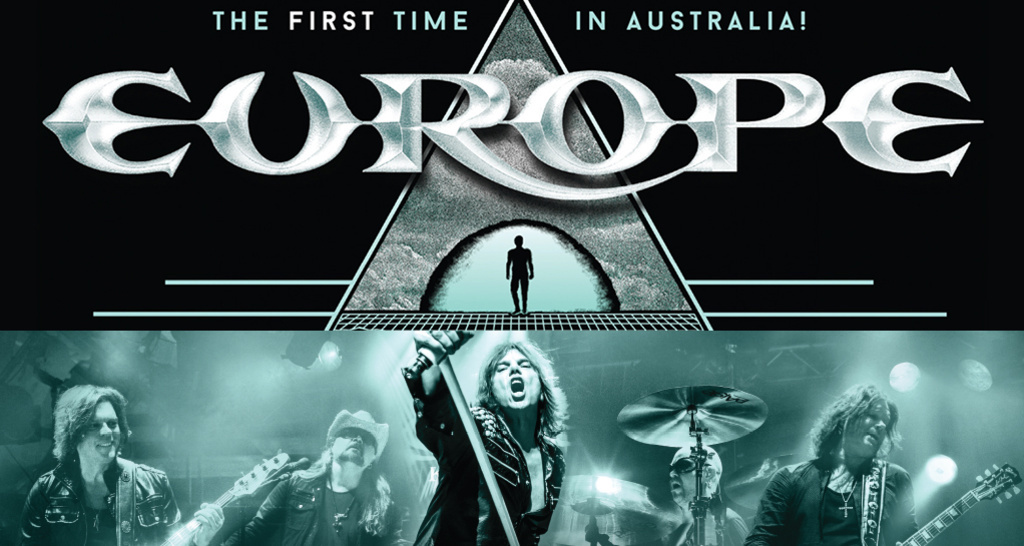 Where: Palais Theatre, St Kilda
When: Saturday 19th May 2018

*All times approximate and subject to change by the artist.

Palais Theatre’s Bars are open from doors until the end of interval with a selection of food and beverages including sandwiches, soft drinks, snacks and ice-creams, a brand new coffee counter for your favourite hot drinks and our new central bar which is fully fitted out with beers on tap, wine, spirits and soft drinks.

Sweden’s legendary hard rock band EUROPE, best known for their Worldwide 1986 Smash Hit “The Final Countdown”, have announced a run of five Australian dates in May 2018.

This will be the first time the band has toured Australia in their 35 year career!

Playing 6 of the 10 songs off The Final Countdown and a career spanning set around it.

The band recently entered the famed Abbey Road Studio’s in London to record their 11th Studio album entitled “Walk The Earth”, with grammy award winning producer Dave Cobb. An album retaining the classic Europe melodies while pushing the boundaries of experimentation – recorded with equipment used by The Beatles and Pink Floyd at Abbey Road,  “Walk The Earth” was released Worldwide on October 20th 2017

Featuring the classic lineup of Joey Tempest (Lead Vocals), John Norum (Guitar), Mic Michaeli (Keyboards), John Leven (Bass Guitar) and Ian Haugland (Drums), EUROPE have achieved  total Worldwide sales in excess of 25 million, with the 1986 mega-hit “The Final Countdown” reaching No1 in 25 countries.  The band’s live set will feature all their hits together with fan’s favorites from their studio albums.