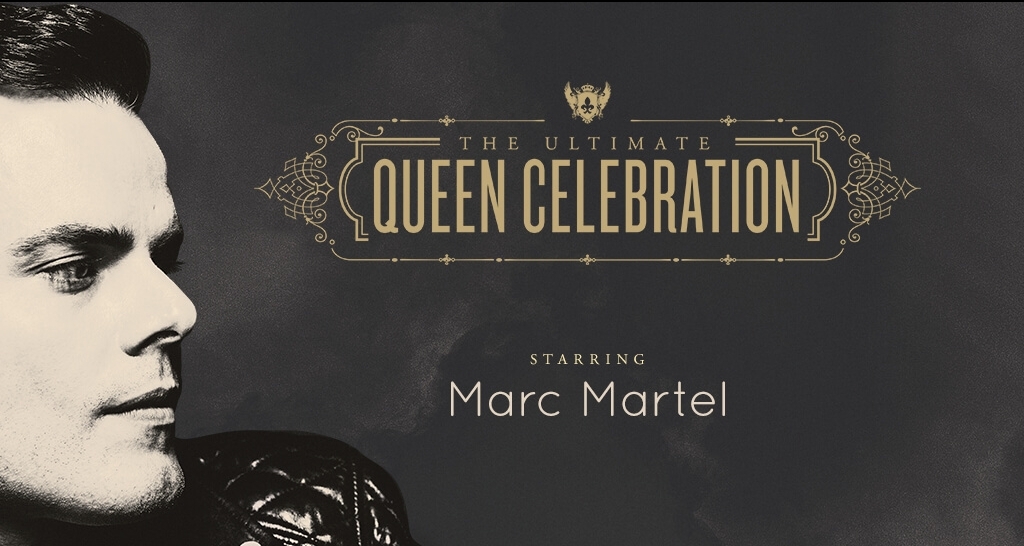 GET READY TO ROCK WITH MARC MARTEL, ANNOUNCED BY ROLLING STONE, AS ONE OF THE 3 VOCALS (FREDDIE MERCURY, MARC MARTEL & RAMI MALEK) USED IN THE RECORD BREAKING BIOPIC ‘BOHEMIAN RHAPSODY.’

No stranger to fronting Queen projects, Marc Martel was handpicked by Roger Taylor and Brian May to front their official Queen tribute in 2012.

Martel launched his own The Ultimate Queen Celebration project in March 2017. He has since completed a hugely successfully inaugural tour of Australia and New Zealand; continued to perform to sold out concerts across North America, and has created an internet sensation with his live one take recordings of Queen songs.