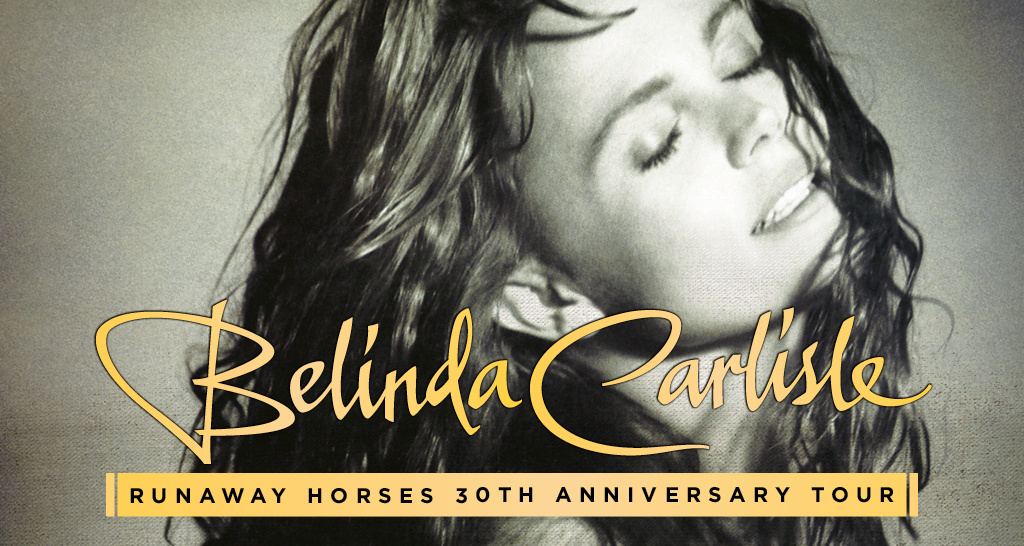 Belinda Carlisle returns to Australia in March 2019 with a special concert series celebrating 30 years of her iconic album ‘Runaway Horses.’ Her career started in 1978 with the Go – Gos where she achieved instant stardom with hits including “We Got The Beat“ and “Our Lips are Sealed“ After the band’s break up in 1985 Belinda Carlisle embarked on her hugely successful solo career and released her first solo album in 1986.

Her second album  “Heaven On Earth” produced the worldwide hit “Heaven Is A Place On Earth” which hit number one on both the US and UK charts. The hits kept coming with the release of her iconic 1989 album “Runaway Horses” which boasted the top 10 hits, “Leave The Light On For Me“ and “Summer Rain”.

Belinda Carlisle continued to produce hits including the number one classic “In Too Deep“ showing that she had real longevity in the pop scene. Her 2019 Australian tour will feature all her hits in a catalogue of music that influenced a generation.

*All times approximate and subject to change by the artist.